Fidelity’s Mark Schmehl doesn’t do value investing, or any other styles for that matter – here’s why he’s better off

Mark Schmehl, who manages four portfolios at Fidelity Investments Canada, graduated from Columbia University, “the home of value investing, he recalls, where Buffett himself graduated. Buffett is a fantastic investor,” Schmehl readily recognizes, “but he’s the antithesis of what I do.”

Buffett is the classic, deep-dive investor, Schmehl explains, who builds an individual understanding of each business and takes an investment decision on his feeling of what that company’s value is. When the stock is below that stated value, he buys it. When it hovers near it or moves beyond it, he sells.

But “value” is not Schmehl’s style. And styles are not this iconoclast’s forte. “Styles are for dummies,” he told us in a previous interview, “they’re a waste of time.” Still, if one were to label his approach, it could be called the “change” style or, he proposes, more precisely, the “rate of change” style.

Don’t confuse this with “momentum”, a style only concerned with price movements and earnings surprises. Schmehl is not particularly sensitive to price and earnings trends. Just like Buffett and the value crowd, he is keenly interested by companies, but what he’s on the lookout for are companies involved in “positive change”. And that can involve one or many things, such as the whole industry hitting good times, the product gaining traction or management improving. “Value and valuation don’t capture change. They don’t show if the company is changing and how.”

That can lead him to put money in “crummy industries” and “god-awful companies” that nobody wants to touch. In fact, that is the perfect situation he tracks, of which the New York Times is an eloquent example, a stock he held until about a year ago. “For 15 years, nobody even looked at this stock,” he recalls. Analysts and managers thought the Internet was the meteor bound to blow this dinosaur into extinction.

But then the phenomenon of “fake news” happened. “People started to see the value of editorial content and were ready to pay for it,” notes Schmehl. Digital subscriptions took off massively and, surprise, the stock shot up from $10 to $18. When subscriptions slowed, Schmehl sold, illustrating a key feature of his “style”: when the rate of positive change slows, he sells.

He’s not just interested in the god-awful stuff. He also goes along with stars and darlings, like Shopify. “Many consider that it’s an expensive stock, but every time you talk to management, you find that it just keeps getting better. It just finds more space to grow into. Most people are concerned at how rapidly it will slow down. But I think it can grow fast for a really long time.” Always the key question: what is the rate of change? Many see Shopify declining from a fast pace of 20% yearly growth down to 15%, then 10%. Schmehl rather sees it holding at 40%, then slowing to 30% and 20%.

His latest fund, Fidelity Global Innovators Class, integrates all his best, focusing only on “disruptors: companies, mostly technological and consumer oriented at this time, that take a leadership role in their industries. Either such companies are creators of leading-edge technologies, or they are implementers, taking hold of these technologies in their processes to accelerate positive change.

One could think this manager thrives on volatility and trades endlessly. “I do trade a lot, he recognizes. You’re always looking for things that get better, so you need to stay on top and trade. But I hate volatility. Steady change is what I look for.”

Schmehl hit upon his “style” somewhat through trial and error. Out of Columbia “I started with no real knowledge. I tried doing the Buffett thing and other approaches, but nothing worked – except observing that companies were changing. I just refined my approach over time.”

Buffett can claim a prestigious genealogy alongside Benjamin Graham. Schmehl can’t. He salutes the companionship of Neal Miller, manager of the Millennium fund at Fidelity, now retired, but not as a mentor. “We had the weirdest of conversations,” he remembers. He watched Miller and learned from him, but it was never a mentor-student relationship.

Today, he doesn’t really know any manager who shares his practice. Why that is, he can’t really say, though “I’m happy no one does.” “Probably, managers are scared. They have a lot of fear. I don’t have any fear.” It certainly sets him aside. “The risk guys have given up on me. That’s why I don’t manage pension money. People don’t want me for that.”

But proof is in the pudding, and Schmehl’s pudding tastes good. For the last ten years, his flagship Canadian Growth Company fund boasts a 15.1% annualized return with an upside capture of 136.6%, and his Special Situations fund, 16.7% with an upside capture of 145.7%. His downside capture is good, but not overwhelmingly at 94.8% and 93.4%, respectively. But then, he’s not particularly sensitive to downturns. He’s more concerned with positioning his funds to bounce back on the upturn.

Private investing, essentially in start-ups at early stages, is an important aspect of Schmehl’s funds, filling up to 10% of his portfolios. “That’s where the easy money is made and it supplies a growth potential that is hard to attain for your usual portfolio manager,” comments Investia advisor Daniel Charron, an admirer of Schmehl who thinks he is a “natural”. Schmehl sees another advantage to the private space: “It’s often more useful for the information you get than for the performance, because it keeps you in touch with what is going on.”

The features Schmehl cobbled together certainly make him stand out as a loner and an original. But then, he points out, “if you don’t attack the market differently, you will never beat it.” 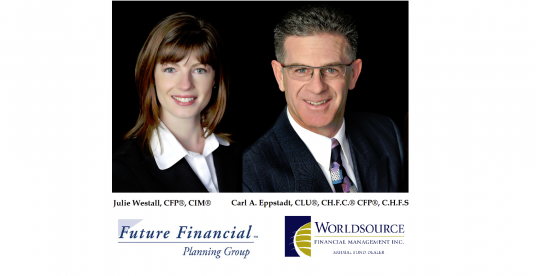 Since 1978, we have been providing clients in Ottawa, Gatineau and surrounding areas with sound, professional and unbiased financial advice. Our philosophy has remained unchanged through the years and that is to make what can be a complex process, straightforward and easy to understand.We partner with numerous investment management and insurance firms to ensure that our clients benefit from the best available products and services. We challenge the methods in which traditional and non-traditional banks and other financial firms provide services to meet the needs of their clients.